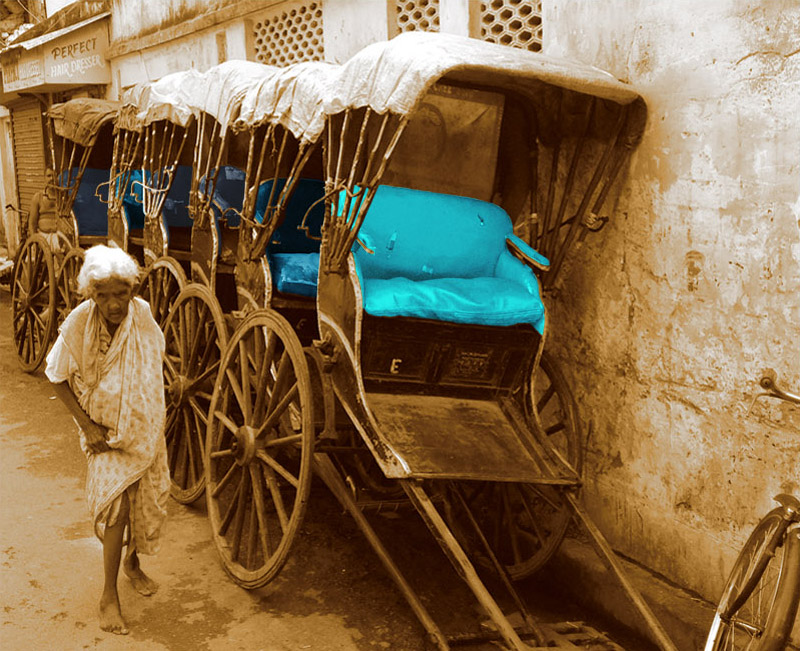 Better known as Calcutta, the city’s name was changed to Kolkata in 2001 in an attempt to return to its earlier Bengali pronunciation.

Kolkata is the former capital of India. It lies on the Ganges Delta, on the Eastern coast of India, south of Bangladesh. The city is the 3rd agglomeration of the country and has almost 16 millions inhabitants. Approximately 3 million people live on the streets, meaning you can share most of these families’ intimacies when exploring the city. The city’s ‘life’ will undoubtedly assault all your five senses at the same time!

Despite the testing environment, Kolkata remains a renowned cultural, intellectual and university town, specialising in medicine and engineering. Most of the colonial buildings attest to the past opulence and magnificence of the city, although unfortunately they are now largely decaying.

Kolkata is on a perpetual move. Some will find it exhausting and tough; for us it is a fascinating city, as Dominique Lapierre called it in his famous novel, titled “The City of Joy”.